Year 2 have designed and made their own rainbow fish using running stitch.

The children in year 2 have sewn buttons onto some craft work that they have created.  It was quite tricky using a needle and thread but all the children were resilient and never gave up!

Year 3 had lots of practise threading needles using cotton and tried their best to tie knots.  They used a template to cut out their fabric

for their bookmark.  They used a basic stitch with a thick needle to create their masterpieces. 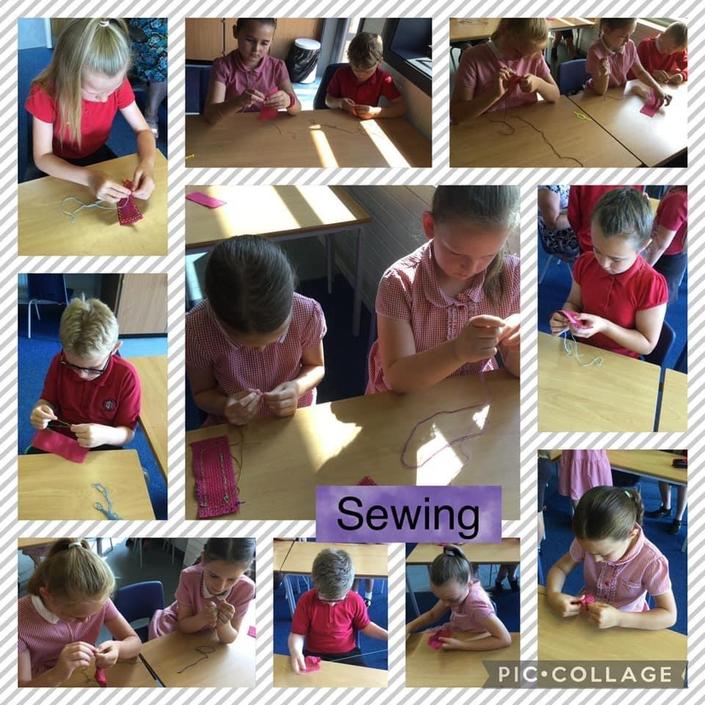 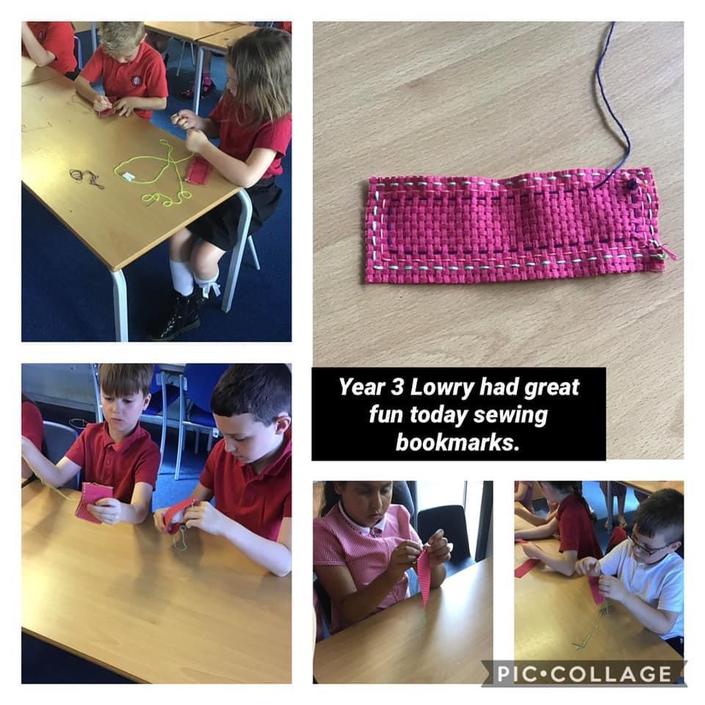 During the summer term, the children in Romans Class, designed and made their very own bag/purse.  They began by looking at a selection of different bags and we thought about their purpose and who they would like to make theirs for . Who will use it?  What will they keep in it?  How will you make it?

As part of the 'designing phase',  the children needed to make sure certain items would fit into the final creations.  Next, they thought about the 'net' of a bag and using their measuring skills, they used paper, pencil, ruler and scissors to create the nets, making sure they added 2cm each side for the seams and 3cm at the top for the channel.

Next, they chose some recycled fabric from home (to add a personal touch) to make their bags.  They needed to make sure that a large needle would easily push through their fabric.  An example of recycled fabric is a pillowcase or an old shirt.

Once the children had their nets (the purse outline) and chosen fabric, they could use the outline to then cut the fabric to the correct size.  The children chose their own colour cotton and many decided they would like their stitching to be shown on the outside of the purse.  Some children then stitched a press stud onto their finished purse to close it.  Many decided on a draw string so they had to then thread a coloured lace of their choice through the top channel. 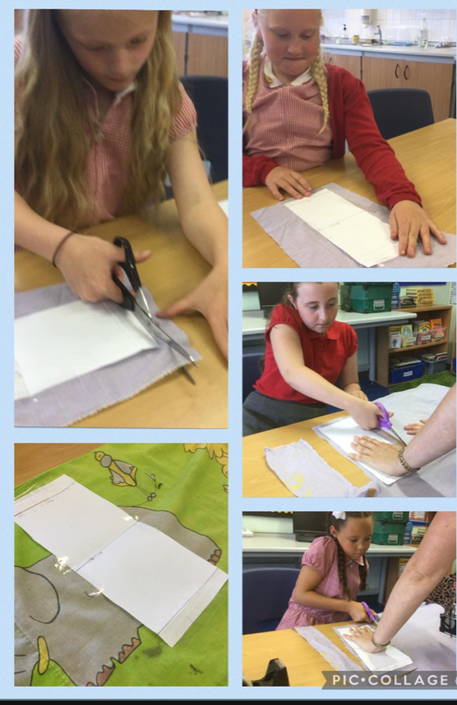 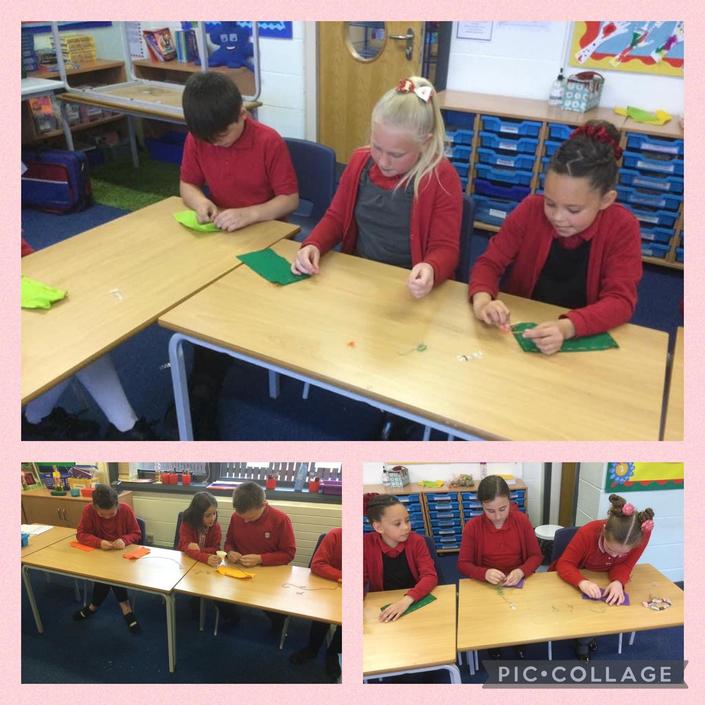 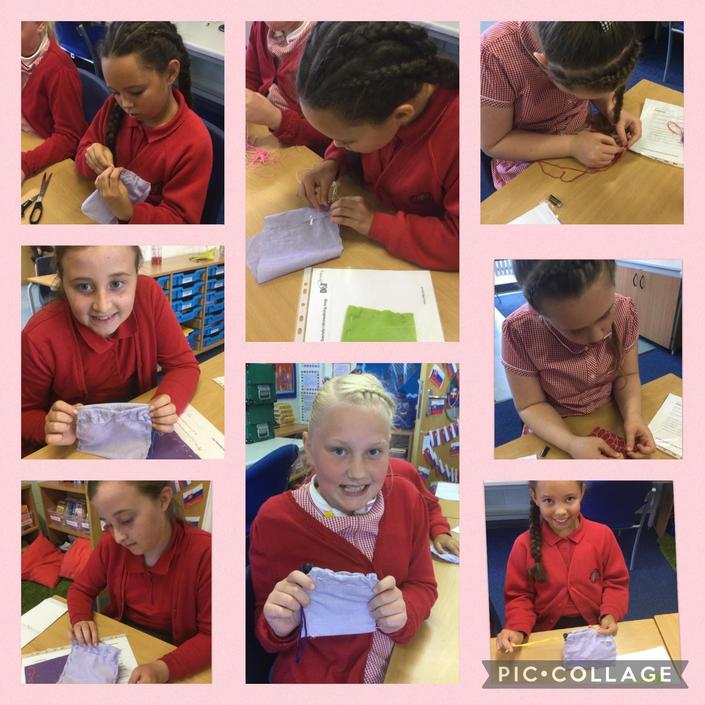 Year 5 have been designing a soft toy with a rainforest theme.  We have practised sewing and have started to make our final designs, can you guess what they are going to be?

Unfortunately not the ones with chocolate chips.

Some cookies are necessary in order to make this website function correctly. These are set by default and whilst you can block or delete them by changing your browser settings, some functionality such as being able to log in to the website will not work if you do this. The necessary cookies set on this website are as follows:

Cookies that are not necessary to make the website work, but which enable additional functionality, can also be set. By default these cookies are disabled, but you can choose to enable them below: